Key components of the study setting:

Take a random sample of \(n\) (sampling) units from the population of interest.

Measure outcome variable of interest on each unit:

Maybe also measure some other explanatory/predictor variable on units:

One sample: One outcome variable (Y) measured on units

Two sample: One outcome variable measured on units plus one binary explanatory variable

Multi-sample: One outcome variable measured on units plus one categorical (> 2 levels) explanatory variable

For the next few weeks…

We will focus on the one sample random sampling setting.

Measure \(Y\) on \(n\) randomly sampled units from a population of interest.

Interested in some question/hypothesis about some parameter of the population.

Parameter: some summary measure of \(Y\) for all units in the population

Do people support the idea of a single payer health system?

Discuss with neighbor, what might be the population, variable, parameter and question/hypothesis?

It tells us how likely values are over the range of \(Y\).

In particular, it provides us a probability model for \(Y\), so we can find probabilities such as:

Continuous distributions: the range of possible values is the real line

The classic “Bell-shaped” distribution (but not every “bell-shape” is Normal).

The standard Normal has mean 0 and variance 1. 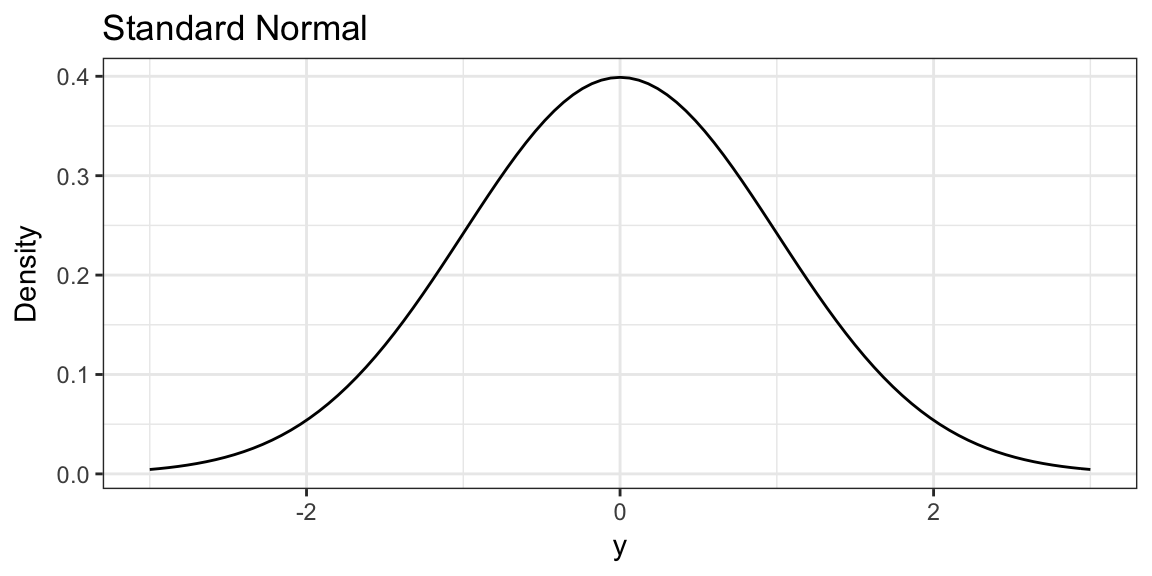 Probability is found as areas under the curve of the probability density function. 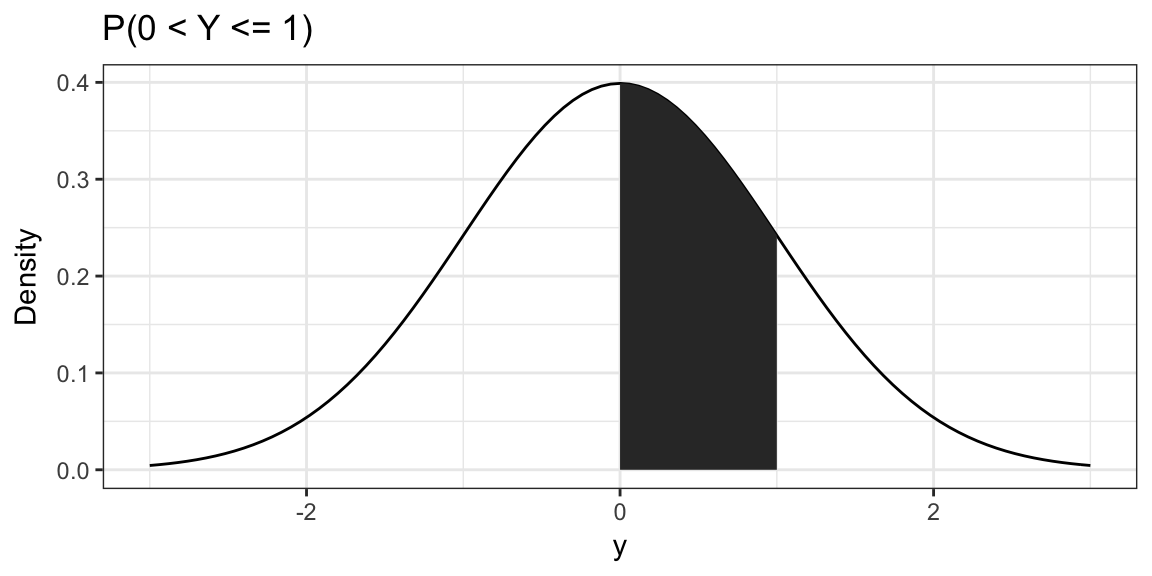 There is really a whole family of Normal distributions identified by their mean and variance. 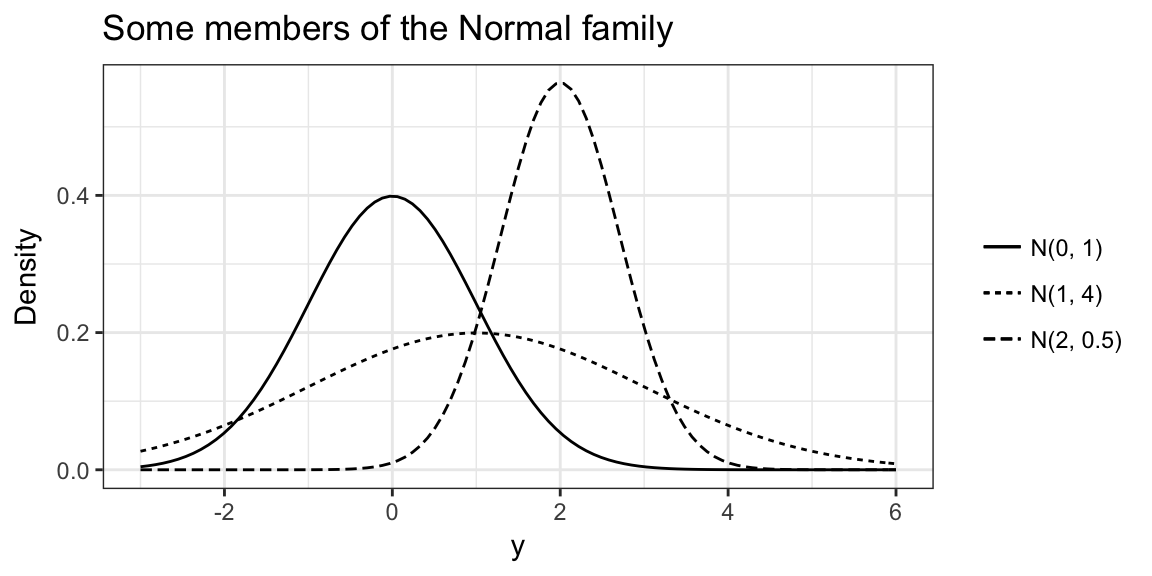 Independent: knowing value of one variable doesn’t help to guess value of other.

Why is the Normal so important?

Back to our setting

A statistic is a one number summary of our sample.

Usually, we use a statistic to summarize what we know from our data at hand (our sample).

I want to know the average commute time of students in the class on the first day.

I randomly sample 5 index cards from those you filled out on first day.

How would you use the sample to estimate the population mean?

Would your estimate have the same value regardless of the sample we obtained?

We use a sample statistic to estimate a population parameter.

The sample is random \(\implies\) the sample statistic is random

One sample:
Next sample: 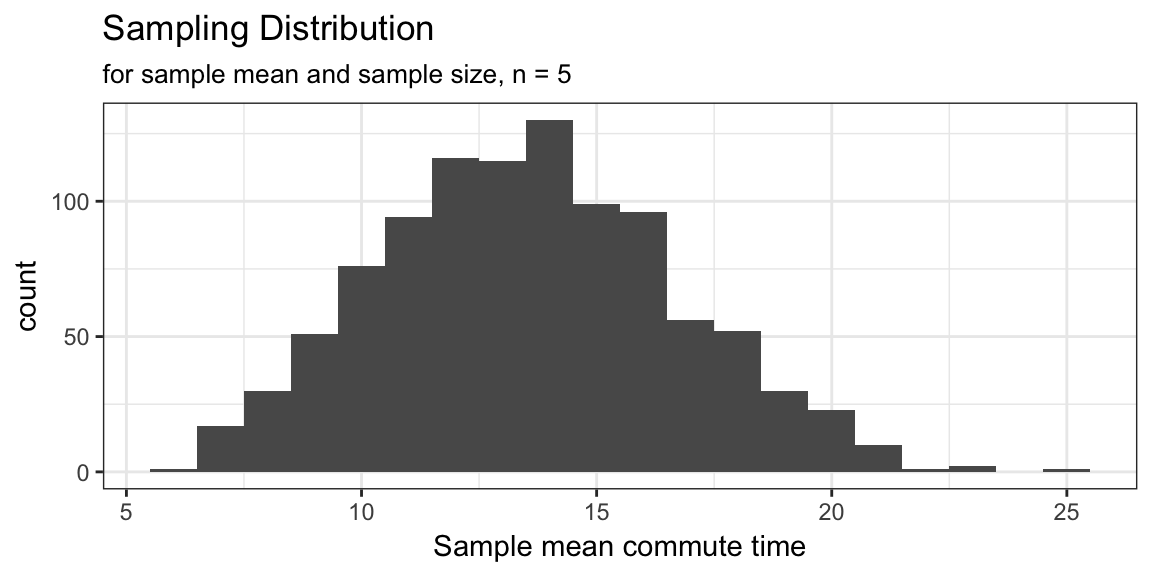 If we take a very large number of samples we would get a good idea of sampling distribution of the sample mean for samples of size 5 from this population.

Of course we don’t take many samples! So how do we know what the sampling distribution of a statistic looks like?

We’ll see inference in this setting depends on knowing the sampling distribution for the statistic being used, the sample size and the population.

Options for finding the sampling distribution: